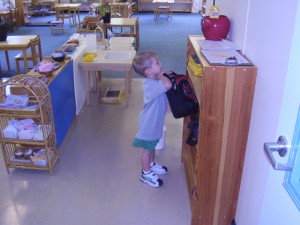 Below is a quote from an article by Tunisia Riley which appeared on www.aaas.org , September 29, 2006.

“Angeline Lillard of the University of Virginia and Nicole Else-Quest of the University of Wisconsin, Madison studied two groups of five- and 12-year-old students in Milwaukee, Wis. The results indicated that by the end of kindergarten, the Montessori children performed better on reading and math tests, as measured using the Woodcock-Johnson Test Battery that assesses letter-word identification, word attack and applied math problems.

Click here for further information on this interesting research regarding the Montessori method of education.

British Columbia and Alberta businesses and workers will enjoy new market access. This innovative agreement gives businesses and workers in both provinces seamless access to a larger range of opportunities across all sectors including energy, transportation, labour mobility, business registration, and government procurement.

Earlier this year I became very interested in what the impact of this agreement will be on Early Childhood Educators in both BC and Alberta.  I consulted the BC Ministry of Economic development to better understand if Early Childhood Educators would be included in the list of professions that are being covered by this agreement.  After some delays, I was recently advised that “Yes they will be added to the list”.  I actually think that this is a fascinating development for the child care field in Canada and that it will have major implications regarding the mobilty of workers between our two Provinces.  Surprisingly though, it seems that very few people in the child care field seem to be aware of this interesting development.