Back in 2006 I started blogging over on Typepad. I wrote my very first post not really understanding what would be next.  Further, I had no idea how starting a blog would actually impact my life or the work that I do in my business.  What I did know was that I enjoyed writing and as such the concept of sharing my thoughts on the things that mattered to me seemed to make sense on multiple levels.

Over the next few years, my blog became an outlet for me.  Some days it seemed all I wanted to do was write and share ideas. I began to share lots of information about children, early learning and education; all areas that I am passionate about.  I tied my writing to my consulting as much as I could and I wrote about the things that were most important to my work. I often blogged about social policy issues related to my area of expertise and I used my written voice to try and advocate for change in areas that mattered for children and families.

When my family and I moved from British Columbia to Prince Edward Island in 2007, my blog helped open doors for me. As a result of this, I developed many lifelong friendships and business relationships on PEI.  Then when I eventually relocated back to British Columbia, my blog enabled me to continue to write about early learning and child care issues on PEI.  Somehow this helped to bridge the countrywide gap that was suddenly between my beloved Island and myself.

All was good or at least so I thought, until one day I woke up and wondered what was next in my blogging world.  I began to question if there really was value in what I was writing.  I was also increasingly uncertain about how to link my written thoughts with the consulting work that I was doing.  I struggled.  I made several attempts to get back on the blog writing bandwagon; but with the increasing ease of social networks such as Twitter and Facebook my own place of blogging seemed to lose out.  I basically gave up.

It is a funny thing when you begin to lose passion for something that was once really important to you.  At first you question exactly what is happening.  You wonder why you are no longer attracted to it in the same way that you used to be. If the answers don’t come easily then it becomes far too easy to make excuses.  That is just what I did.  I made excuses, lots and lots of excuses.  I told myself that I was busy, that I just didn’t have the time to write.  I told myself that what I had to say no longer aligned with the consulting work that I was doing. I told myself that it didn’t really matter.  I sought refuge in the voices of others who were posting that blogging was no longer relevant.

Unfortunately though, a while later something far more worrisome began to happen.  I actually started to lose confidence in my own abilities and in what my written voice could accomplish. I even began to question if my very own voice mattered.  Before I knew it, I had effectively let my blogging voice die a small, quiet and uneventful death. At first this was not overly worrisome to me; I mean to the outside world I just wasn’t blogging anymore.  However, somewhere within me there was a small inner voice that told me that I was on a slippery slope. Distant alarm bells began to quietly, yet persistently ring in the back of my mind.   They told me that if I didn’t work to find and value my voice once again then there were far bigger things within me that would also begin to disappear.  Troublesome?  You bet.  Scary?  Totally.

Whenever your inner voice tells you that you are beginning to disappear, if even just a little, you should pay attention.  You need to listen to yourself and you need to consider what it actually all means.  Luckily, that’s just what I did.  I chose to listen to my inner voice and I pushed myself to explore what was happening within me.  I also challenged myself to begin to make new connections within the world of blogging.  I reached out to other people who let their voices stand out in the crowd.  I found plenty of people who were willing to share their own stories with me. I looked for big and small shining stars who seemed to be making a difference in their very own unique and special ways. I questioned them. Gradually I even leaned on some of them. I discussed my concerns with some of the stronger voices that I came to respect and trust.

After some months of work, I finally did something very simple, something incredibly simple. I gave myself permission to celebrate and unequivocally value the voice that exists within me.  Further, I decided to give that voice a helping hand back from the edge of extinction by choosing to trust it once again; without question.  That’s right, I chose to trust my own voice unconditionally.  I also chose to believe that I could align my voice with my heart and with my actions. I chose to believe that my voice, if fully interconnected to my work, could make powerful and lasting differences.

So with the arrival of 2012, it is those very choices that will guide me.  I now know that the more I trust my voice the stronger I will be.  With strength, comes power to do meaningful, rewarding and joyful good in life.  2012 is going to be a very good year indeed.

Do you trust your voice?  Do you celebrate it without hesitation?  If not, what is getting in your way? 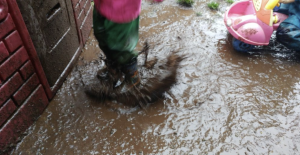