Over on #Lurkerchat, Nick Kellet and I have been learning a whole lot about why folks choose to lurk, what it takes to draw them out of the shadows and why it matters.  Here are some learnings from one of our recent Tuesday chats.

13 Thoughts on Lurking from Jane Boyd

Nick Kellet and I were delighted to host the second week of #Lurkerchat yesterday morning.  We came up with the idea for #Lurkerchat after spending a lot of time discussing those who choose to lurk on social media. Nick and I both embrace the idea of generosity in business and in the online space.  Starting #Lurkerchat seemed like a natural extension of the things we each do on a daily basis.

On this week’s #Lurkerchat we had 40 folks join in over the time that the chat ran (Tuesday’s at 10:00 AM Pacific for an hour) and we really enjoyed hearing all of the different perspectives. The week earlier we had about 29 folks show up; so having the additional people share their thoughts during this week’s chat was excellent.

I went back through this week’s tweets and there were a few that stood out.  Clearly there are a lot of thoughts on lurking.

Most People Lurk the Majority of the Time 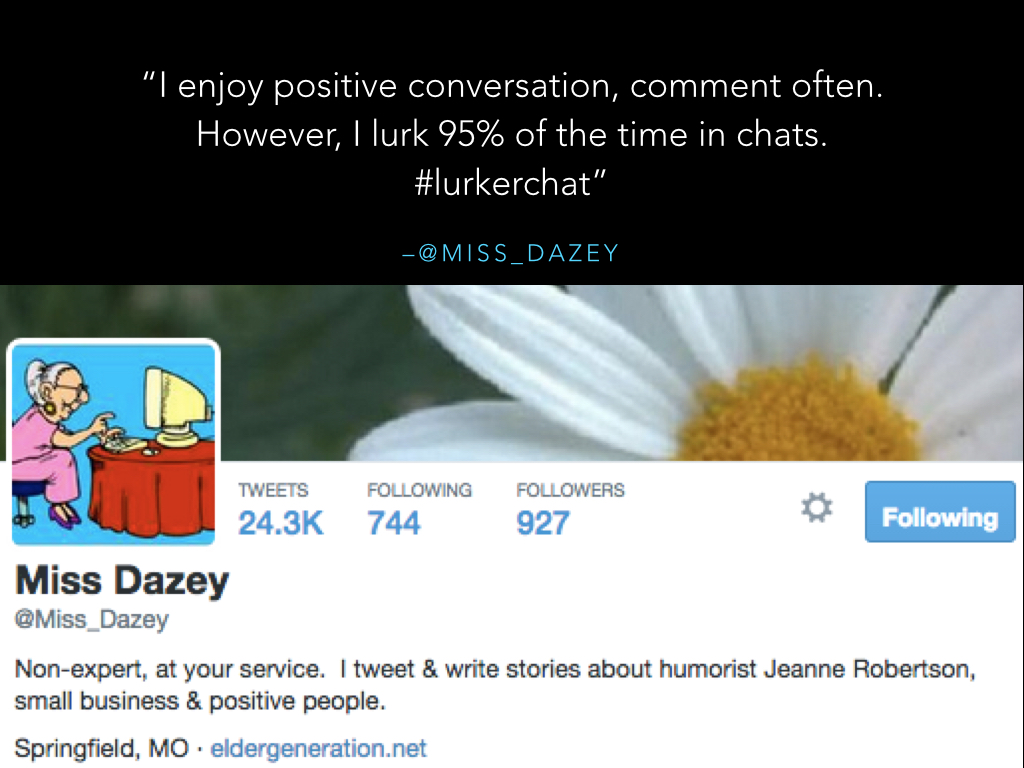 We Look To Others As An Example 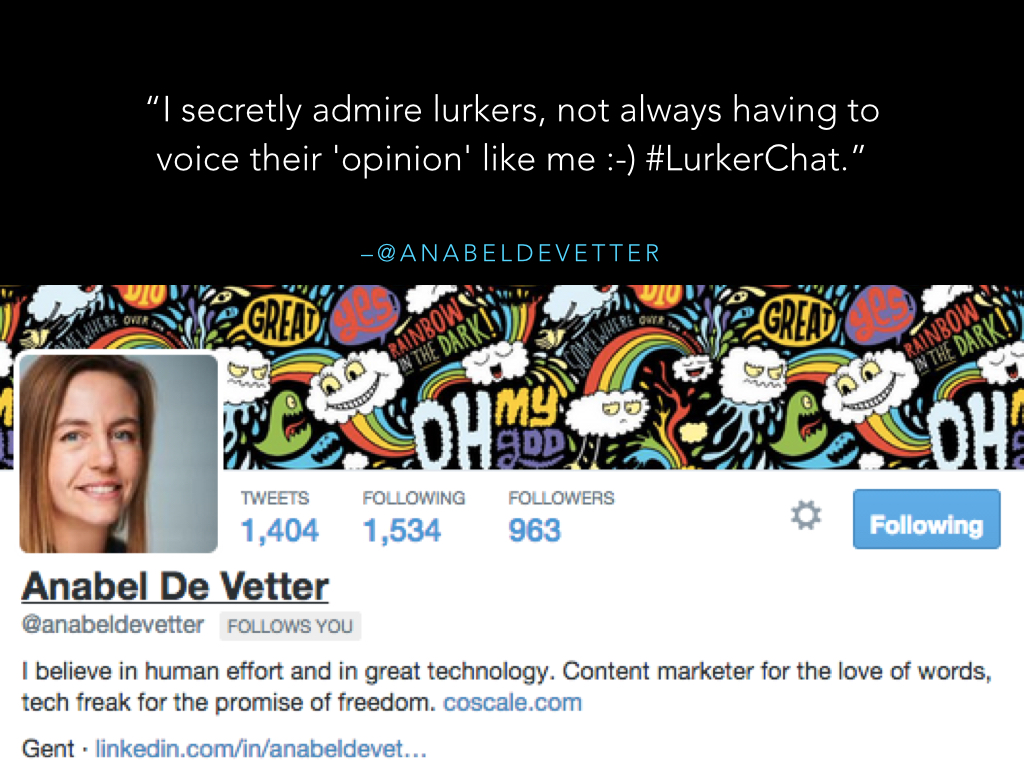 There is Control In Lurking 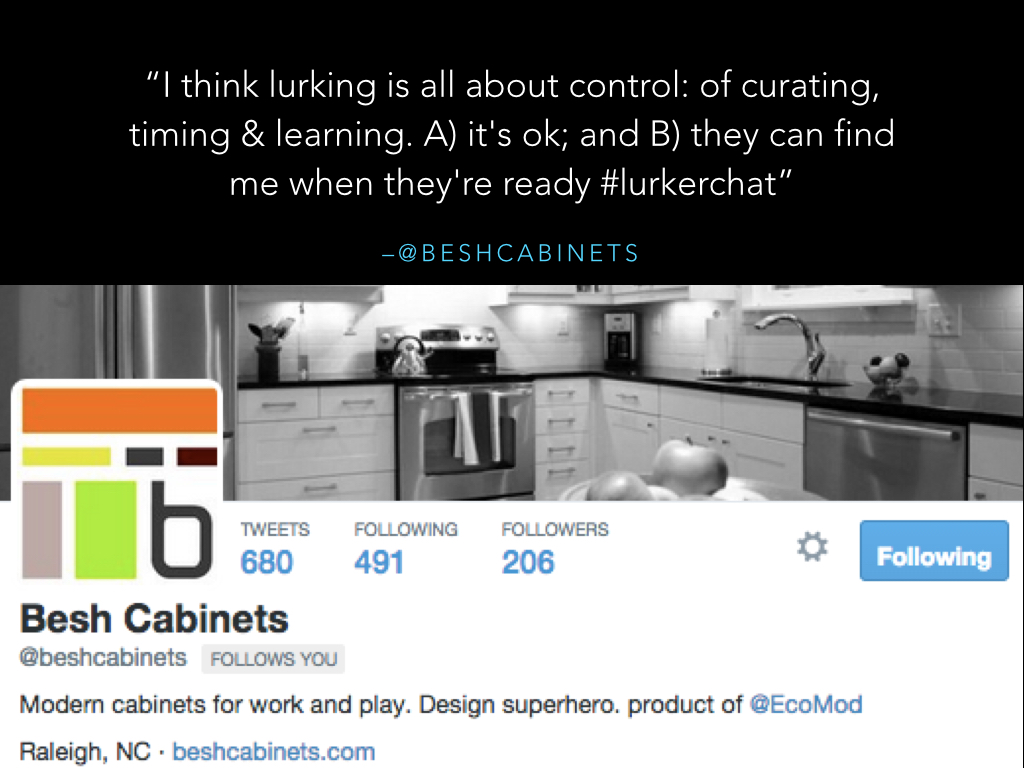 We Were All New Once 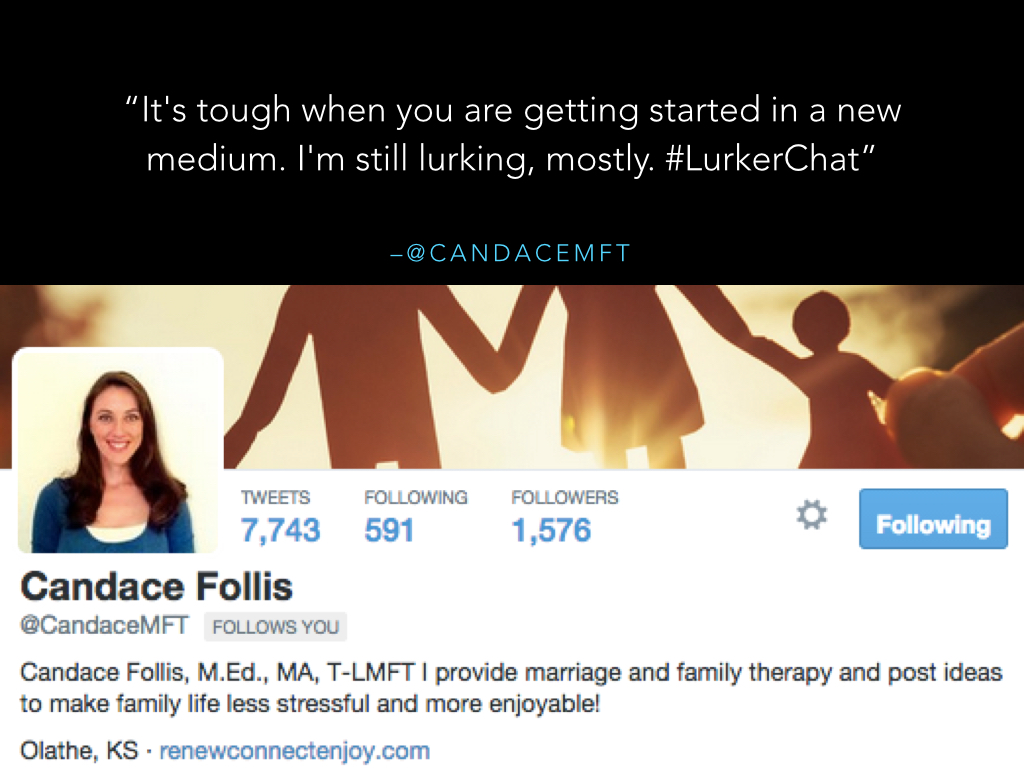 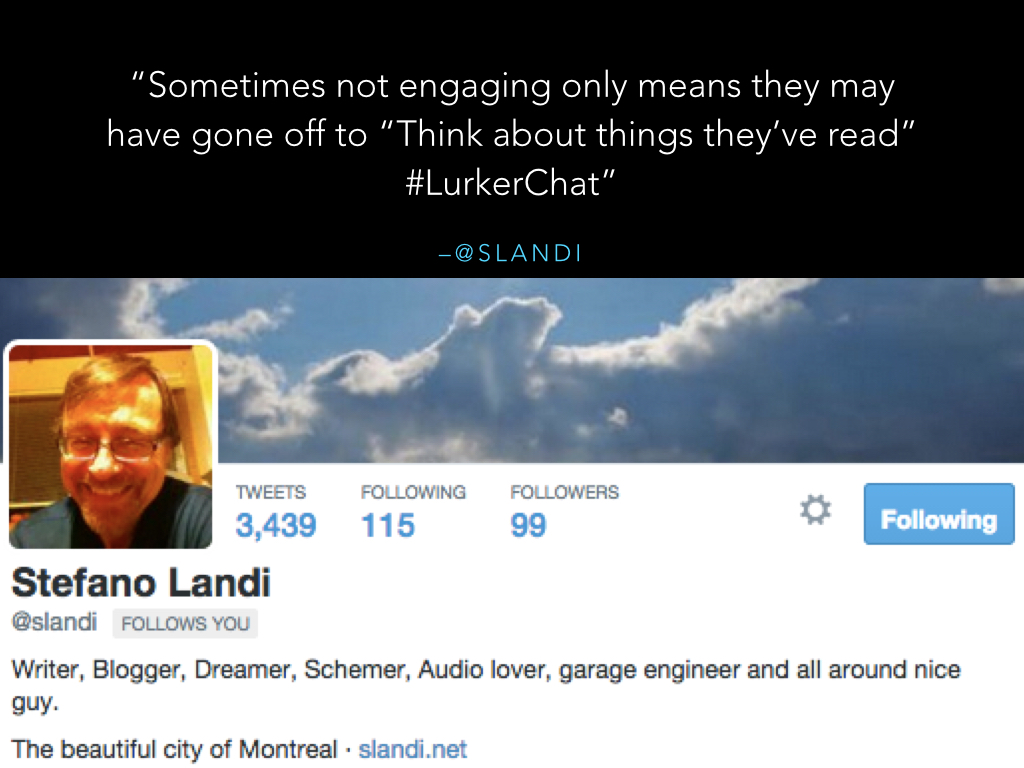 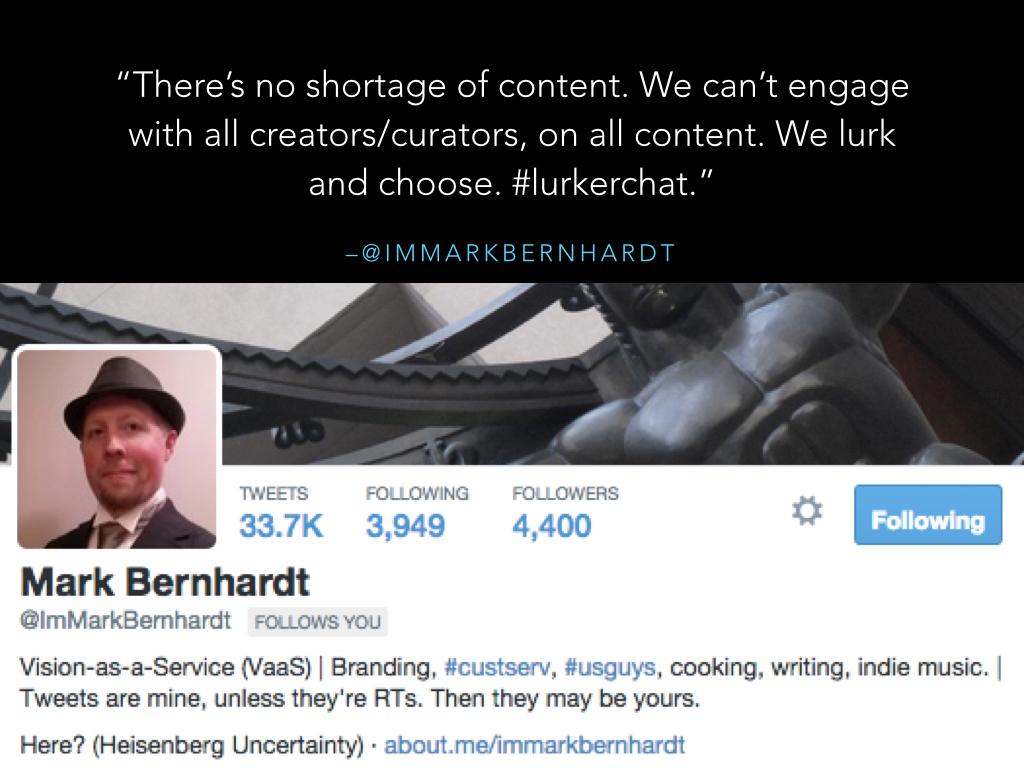 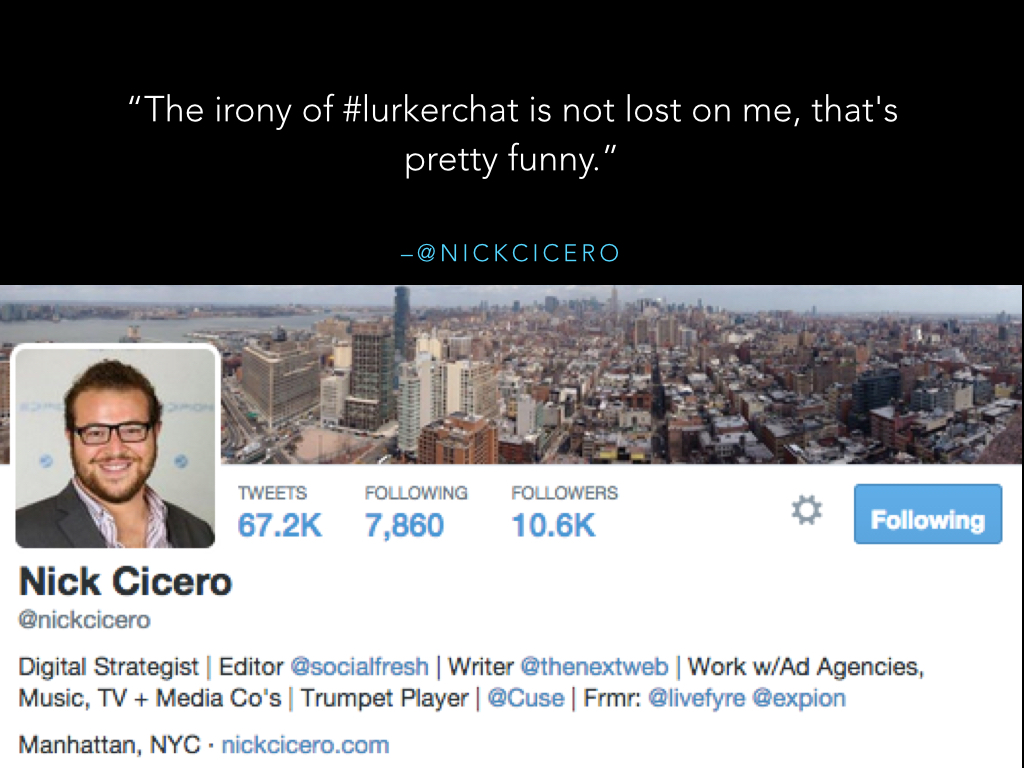 There is a lot to learn about lurkers and lurking. #Lurkerchat is an experiment. We are exploring a topic that many don’t speak about.  We are asking folks to step out from the shadows and tell us they are there.  We are asking those who are quiet to engage.  We think people’s voices matter.  And we want to hear them every week during #Lurkerchat.